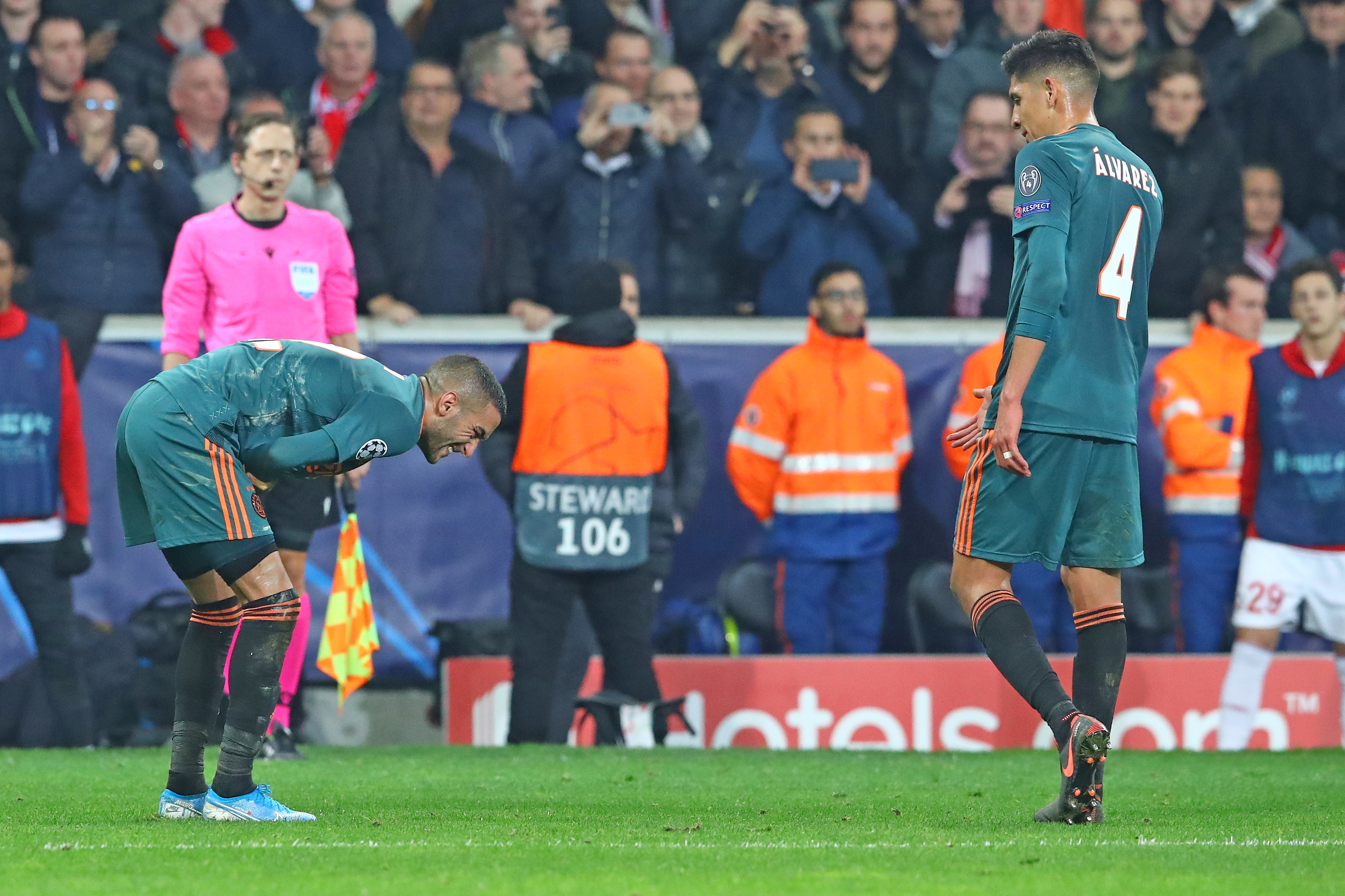 The severity of the injuries Hakim Ziyech and Zakaria Labyad sustained during the Lille game is still uncertain. Labyad will at least miss the FC Twente game (Sunday 12:15 CEST).

Ziyech sustained an arm injury when he scored the disallowed 0 – 3 for Ajax. He touched the ball with his arm and due to that and the clash that followed his arm made an unnatural movement. Erik ten Hag gave an update about his injury on the Ajax site: ‘Hakim didn’t train with the group on Thursday, we’ll have to wait and see in the next few days.’

Zakaria Labyad will definitely not be present at the FC Twente game on Sunday. He got substituted on Wednesday in the first half with an knee injury. ‘In any case, Zakaria will not be available on Sunday. His knee will be further investigated and as soon as more is known we will report it.’ ten Hag also couldn’t say how long his absence would be.

Ten Hag is expecting a tough game versus Twente: ‘We know what to do there. I always say ” enjoy the victory for 24 hours and then move on to the next opponent”. We know it’s difficult at Twente, but we have to win. The stadium is known for its entourage and good atmosphere. It’s up to us to be well prepared to take on the battle there. That it will be a fight, that’s for sure.’